Beauty begins the moment you decide to be yourself – Coco Chanel

We are not rich by what we possess but rather by what we can do without.  – Immanuel Kant

The best and most beautiful things in the world cannot be seen or ever touched. They must be felt with the heart. – Helen Keller 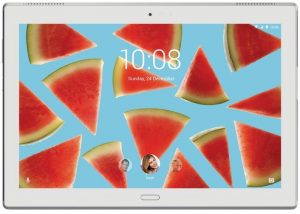 The Lenovo Tab 4 10 Plus Tablet is a premium 10″ tablet with full HD display, 3GB of RAM, 64-bit octa-core processor and 16GB of storage (expandable to 128GB with microSD). Apps load quickly and run smoothly, and streaming movies/TV shows is just as good without any lags. 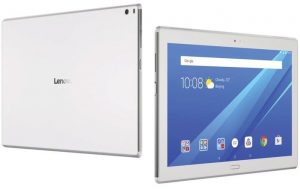 The fingerprint scanner can be used to bring the tablet out of sleep without a pin but it is finicky. It worked great for a while at the start and then it stopped working. The scanner is on the bottom of the screen, it is not a home button. It doesn’t have any other uses which useless.

Overall, it is a great tablet for apps, games and watching movies as the pictures/images are sharp and clear.

Update: After 5 months, I plugged the tablet in to charge but it wouldn’t charge, there was just a blinking red light. I couldn’t turn it on and I couldn’t see the battery icon to see how far the battery was charging, just a blinking red light. I tried a different outlet and eventually a different cable. Still blinking red light and still couldn’t turn it on. After a couple of days of nothing, I was ready to return it to the store since it was still under warranty. I gave it one last try and turned it on, shock horror, it powered up and has been working like normal since!